After Googling my name to see what came up, I happened to run across an old post  on the Verge.com

The post was about Iowa Uncacus in 2012. A bitter cold night of speeches about government and how it affects us as the people who are governed. I remember being asked to give a speech. I thought government transparency is what we need most. It’s what’s missing in our country that could easily be in acted. In fact, with technology we can completely open up all the information, knowledge, data, and numbers to the citizens of our country to use to create better tomorrows. It will also help us make better decisions as a nation, in who we elect to power, and how we allow government to function in our society.

I love the United States of America and I love the people of the world who we all share time, space, and resources with. I don’t love how our government has been acting. It’s not up to the standards I hold in my life, nor is it producing meaningful results with the actions it is taking. Government is fundamentally a flawed system, especially when it’s function is to take from one to give to another. In my book that is called theft.  Unfortunately, this is exactly what is going on but all the information that we need in order to make good decisions is skewed by public opinion, media, government agencies, and “secret” documents…

It’s unnecessary in this day in age. People are powerful and intelligent. Give them the gift of light and let them make rainbows. Without the light, there is only darkness.

So, anyways off my soap box.  I’m still looking for this speech, it’s pretty neat. I basically talked about a system that could allow people to use the power of computers to integrate into the political spectrum, including voting, polls, “Virtual Town Hall Meetings”, focus groups, campaigning, policy inactions, and basically all functions of government but organized neatly in the framework of an online interactive communications system.

They say, I gave a romantic and loft speech… Going to the moon was too. So was ending slavery and providing humans with equal rights… Just sayin’ 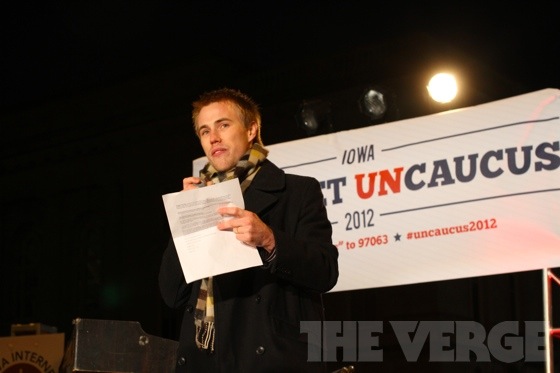 Best Of The Blog

I failed… Miserably And With No Grace – Saturday Night Sins –

How to Generate Leads Online In 2019

Why Trading Has Made Me A Better Person